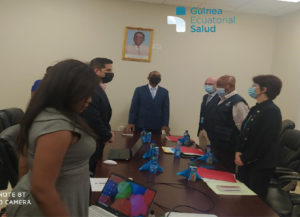 On the first anniversary of the launch of the Sanitary District Operationalization Plan (PODS) in the Baney sanitary district, this model district receives a visit from the agencies of the United Nations System to evaluate the achievements made in the implementation of the project.

The Baney health district is the reference to be followed by the rest of the health districts of Equatorial Guinea and includes 5 health centers, 5 health posts and a district reference hospital; all coordinated by a District Health Office under the leadership of the Government Delegate in his capacity as President of the District Development Committee and the District Health Committee. 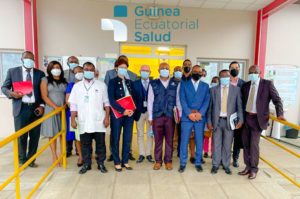 and thanked “the community participation of the population of the Baney health district.” The UNICEF representative said she was impressed with the progress of the Plan and, although much remains to be done, “the important thing is that there is already a good, well-structured operational plan in place.”

The main objective of the PNDS is to improve the provision of health services throughout the national territory and provide Equatorial Guinea with a powerful, resilient health system capable of guaranteeing universal coverage, in the same way it wants to promote a state of optimal health in the population to sustain the durability of economic growth and national development of the country.