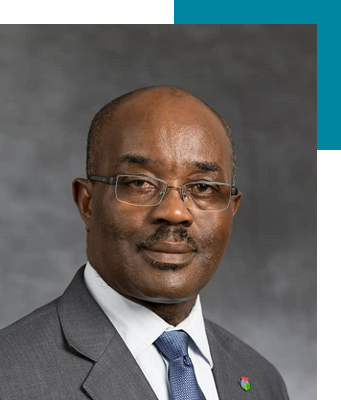 Minister of State for Health and Social Welfare

Diosdado Vicente Nsue Milang is a specialist in General Surgery from the University of Cairo (Egypt) and in Traumatology and Orthopedics from the Ramón y Cajal Special Center for Scientific Research (Spain).

Diosdado Vicente Nsue Milang has worked at the World Health Organization (WHO) for 24 years holding positions as Regional Counselor for the Rehabilitation of Disabled People, Workers’ Health and Accident Prevention Programs at the WHO Regional Office in Brazzaville (Republic of Congo), WHO Representative in Sierra Leone, Eritrea and Angola, Director of the Health Promotion Division at the WHO Regional Office headquarters in Brazzaville.

Doctor Nsue was the Minister of Health and Social Welfare of Equatorial Guinea from 2012 to 2015 and received the Knight of the Order of Independence medal in 1985 and the Certificate of Best Representative of the African region from WHO in 2000. 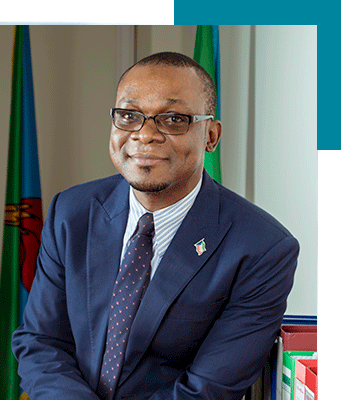 Mitoha Ondo’o Ayekaba has a degree in Business Administration and Management (ESSERP), an economist (University of Vic) and a master’s degree in Public Policy (University of Washington). He worked for several years as a business coordinator, before being promoted to the position of Coordinator of Corporate Social Responsibility (CSR) at Marathon Oil Equatorial Guinea Production Limited (MEGPL), a position from which he developed different projects related to the health sector, highlighting the Malaria Control Program on Bioko Island and the integration of Equatorial Guinea into the International Consortium of Sanaria Inc. for the development of the PfSPZ vaccine against malaria.

Mitoha Ondo’o Ayekaba has combined her passion for research and academic work with teaching, teaching courses on Economics of Natural Resources and on Gender and Feminism at the National University of Equatorial Guinea (UNGE) and the University of Washington (United States). United).

He was appointed Vice Minister of Health and Social Welfare in February 2018, until today. He is married and the father of three children.