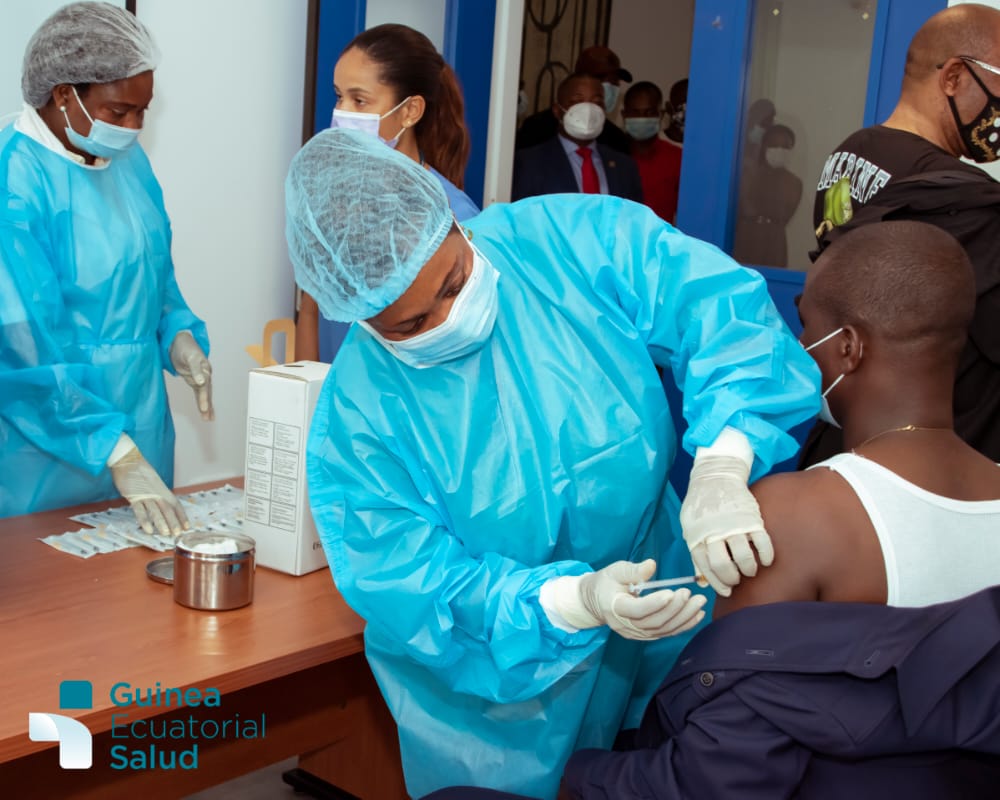 Equatorial Guinea is among the 15 African countries (which is almost a third of the 54 nations of the continent) that have reached the global goal of fully vaccinating 10% of the population against COVID-19, before September 30, which established the World Health Organization (WHO). Seychelles and Mauritius have fully vaccinated more than 60% of their population, Morocco 48% and Tunisia, Comoros and Cape Verde more than 20%. In the case of Equatorial Guinea, the WHO data show that 11% of the population has been vaccinated, but in reality it is much more since the international organization is based on the general population and not the target population. As of September 30, Equatorial Guinea has administered the complete guideline to 167,635 people, which is almost 21% of the target population. 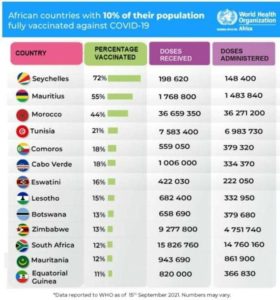 Twenty-three million COVID-19 vaccines reached Africa in September, ten times more than in June. However, only 60 million Africans have been fully vaccinated so far, which means that only 2% of the more than 6 billion vaccines administered globally have been administered on the African continent.

As reported by the WHO Africa Regional Office, the number of COVID-19 cases in Africa fell, as of September 26, by 35% (to just over 74,000 cases) and almost 1,800 deaths were reported in 34 African countries. The Delta variant has been found in 39 African countries, the Alpha in 45 and the Beta in 40.

Some data that coincide with what was recently published by the MINSABS on the variant that caused the third wave in the country. According to a large African study published, in Equatorial Guinea there have been three waves caused by three mutations of SARS-COV-2. The first wave (from early 2020 to September 2020) was caused by the Alpha variant of Wuhan, the second (from December 2020 to March 2021) by the Beta mutation and the current third wave (which is already a global phenomenon ) is due to the Delta variant that arrived in Equatorial Guinea in June 2021 and has spread rapidly among communities.

Mutation surveillance is one of the strengths of our country because it allows rapid adaptation of interventions based on the characteristics and behavior of the virus. The Ministry of Health and Social Welfare has reinforced prevention, intervention and containment actions and has appealed to the population to go to be vaccinated at the different official points established.