Posted at 11:12h in Health, Noticias by Admin 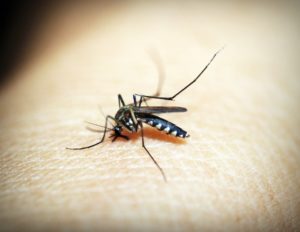 The Bioko Island Malaria Elimination Plan (PEPIB) team has published a new research study in the prestigious journal “Biorxiv” showing that current malaria treatment could create false positives. This has been revealed by the analysis of nucleic acids that are extracted in rapid diagnostic tests (PDR) for malaria.

Surveillance programs often use PDR to determine the proportion of the population that carry parasites in their peripheral blood to assess the intensity of malaria transmission. The PEPIB team, made up of researchers and experts from the Medical Care Development International (MCDI), Ifakara Health Institute, Swiss Tropical and Public Health Institute and Baney Research Laboratory, has made a comparative evaluation of the PDRs used in the Malaria Indicators Survey (MIS) of 2018 on the island of Bioko and has concluded that, of the 2,865 tests carried out, 4.7% had a false negative and 28.4% a false positive.

False positives detected in PDR benchmarking are associated with low-density parasite infections. In contrast, the high proportion of false-positive PDR results could be explained by the persistence of the PfHRP2 antigen, after recent antimalarial treatment.

The PEPIB study concludes that PDR-only malaria surveillance needs well-integrated quality control procedures that assess the extent and impact of reducing the sensitivity and specificity of these types of tests.